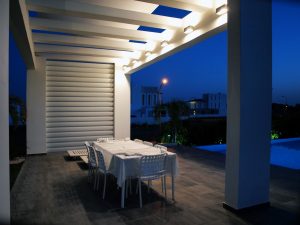 At the same time, the efforts to upgrade the services offered by the company have been continued at an intensive rate, while maintaining the elements that have led to the establishment of the company in the construction industry for many years. The company has all the necessary vehicles, plant, equipment and human resources and constantly upgrades them in order to be able to satisfy its client’s needs. Apart from the construction activity, the company has important collaborations with big companies / organizations like the Marfin Laiki Bank and the Cyprus Oil Storage Company, for whom it constructs/upgrades their installations/branches.

MISSION OF THE COMPANY 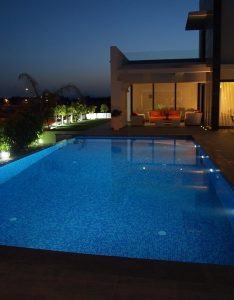 A primary objective of our company is providing the best possible service to our clients with the construction of high quality building and completion of projects that fully comply with the design specifications and legislative requirements. At the same time, we endeavour to constantly improve our company’s performance, with regard to matters related to occupational health and safety and to the welfare of our employees. Additionally, the smooth cooperation between suppliers, subcontractors and all other parties involved is of primary importance, so as that all activities are carried out with no accidents and with the minimum possible impact on the environment. For the successful upgrade of the Safety and Health levels, the administration is committed to:

Raising awareness with regard to quality and occupational health and safety at the workplace is the responsibility of everyone in the company. The continuous improvement of its products and services, as well as of the image of the company is the result of the everyday efforts made by each member, the administration, the personnel and associates of the contracting company Giorgos and Pavlos Stavrou Building enterprises Ltd. The company’s policy is reviewed on a regular basis and is available for all interested parties.

The company uses an occupational health and safety management system, according to the provisions and regulations of the relevantlegislation P.I. 173/2002 – Management of Safety and Health at Work Issues  Regulations). The Company’s Management believes that prevention is an essential factor in the reduction of dangerous nincidents and events. For this reason, it invests a lot on training, as well as on the supply of equipment for the personnel. For each project undertaken by the company, a safety and health plan is prepared, based on the provisions of the relevant legislation (regulations P.I. 172/2002 – Regulations on Safety and Health, Minimum Specifications for Temporary or Moving Work Sites). The company maintains high levels of safety, with a zero rate of serious accidents in the last 3 years.